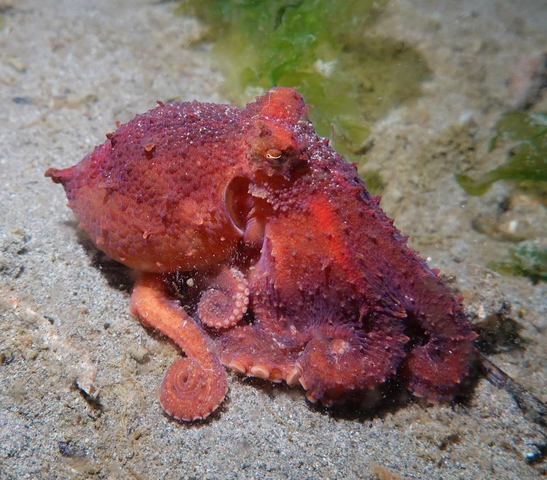 With such an abundance of species it would be tough to list everything one might see when scuba diving the Salish Sea. This is a small list and certainly not comprehensive. The closer one looks the more there is to discover!. The giant Pacific octopus is a large marine cephalopod belonging to the genus Enteroctopus. Its spatial distribution includes the coastal North Pacific, along California, Oregon, Washington, British Columbia, Alaska, Russia, Japan, and Korean Peninsula. It can be found from the intertidal zone down to 2,000 m (6,600 ft) and is best adapted to cold, oxygen-rich water. It is the largest octopus species, based on a scientific record of an individual weighing 156 lbs (71kg). Octopuses are ranked as the most intelligent invertebrates. Giant Pacific octopuses are commonly kept on display at aquariums due to their size and interesting physiology and have demonstrated the ability to recognize humans that they frequently encounter. These responses include jetting water, changing body texture, and other behaviors that are consistently demonstrated to specific individuals. They have the ability to solve simple puzzles, open childproof bottles, and use tools. 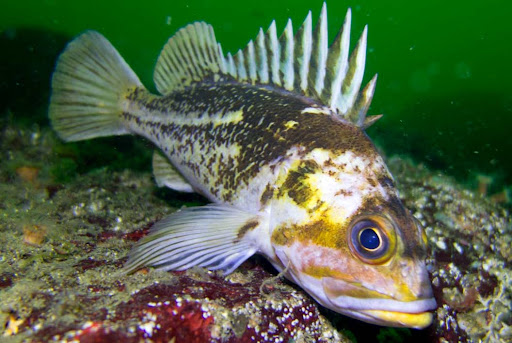 There are more than 100 species of rockfish around the world, many of which are found along the Pacific coast—24 of those make their homes in the Pacific Northwest. The bottom-dwelling, jelly-bodied nudibranch (NEW-dih-bronk) might seem an unlikely canvas for Mother Nature to express her wildest indulgences of color and form. But these shell-less mollusks, part of the sea slug family, bear some of the most fascinating shapes, sumptuous hues, and intricate patterns of any animal. There are more than 2,000 known species of nudibranch, and new ones are being identified almost daily. They are found throughout the world’s oceans. Their scientific name, Nudibranchia, means naked gills, and describes the feathery gills and horns that most wear on their backs. Generally oblong in shape, nudibranchs can be thick or flattened, long or short, ornately colored or drab to match their surroundings. They can grow as small as 0.25 inches or as large as 12 inches long. 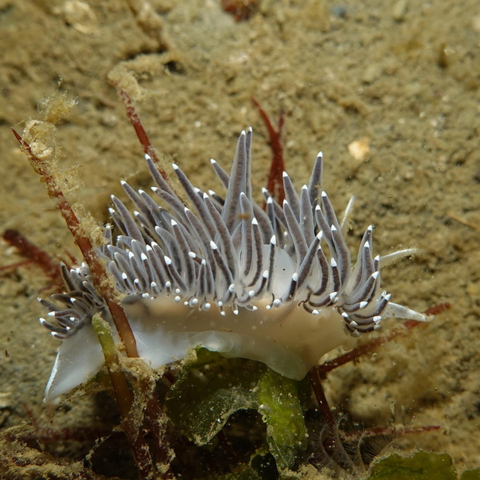 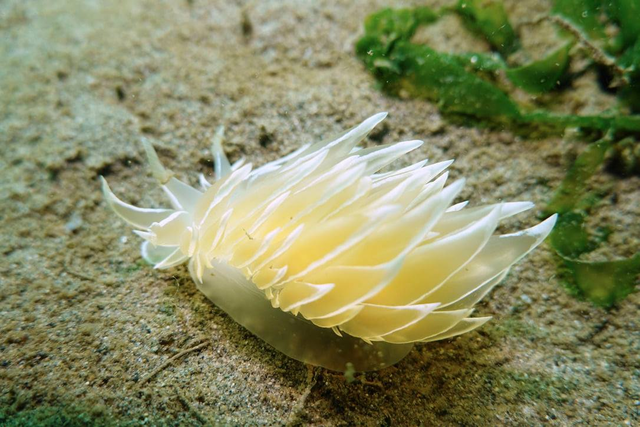 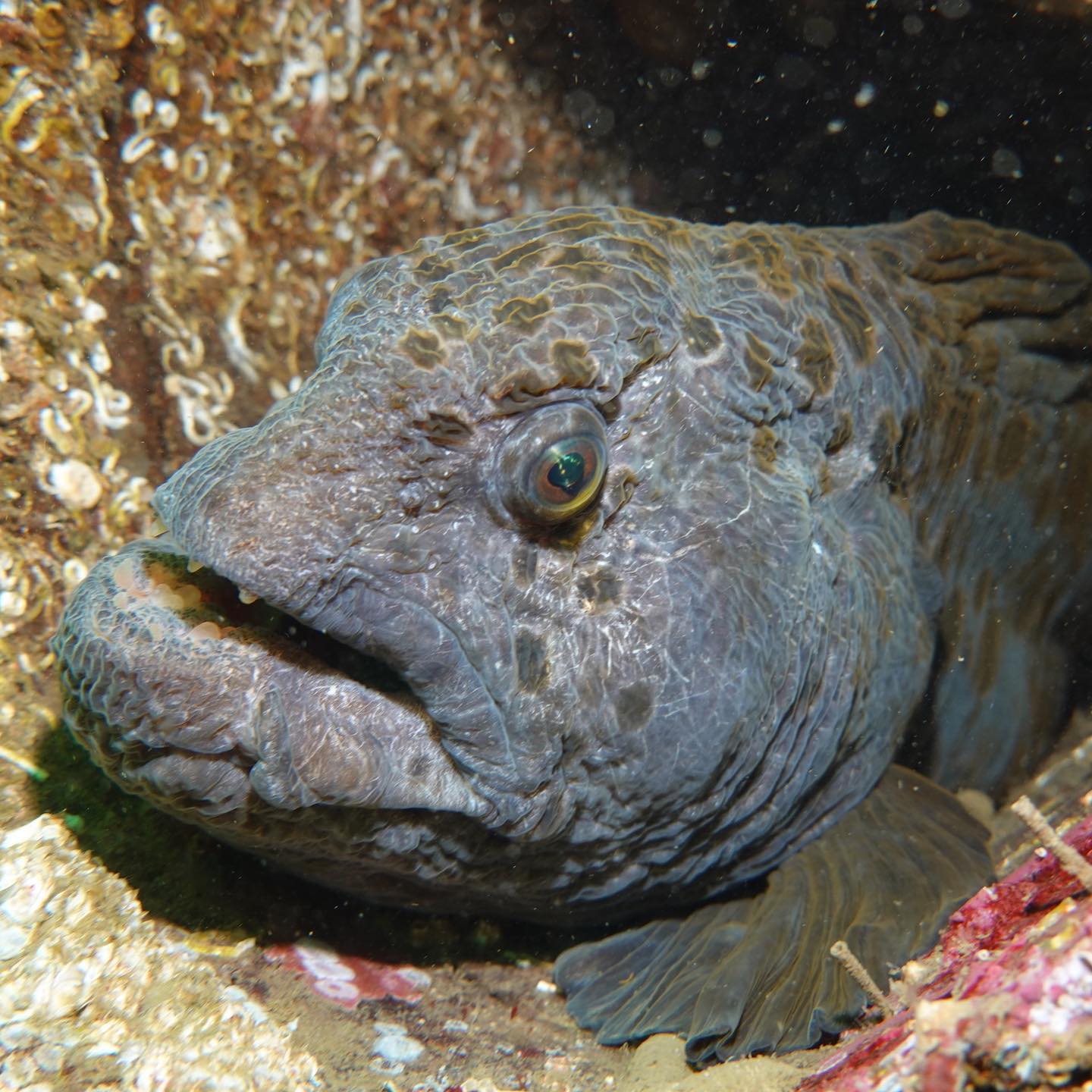 The wolf eel is a species of wolffish from the North Pacific. The wolf eel differs from true eels, as they have paired gill slits and pectoral fins. The animal can grow up to 2.4 m (7 ft 10 in) in length and 18.4 kg (41 lb) in weight. Younger wolf eels are orange with big dark spots in the posterior part of the body. Once older they turn grey, brown greyish or dark olive. They possess powerful jaws with which they crush their prey: canine teeth in the front and molars in the posterior portion of the mouth. It only has one dorsal fin, that extends from the head to the end of the body. Males have large lips and a protuberance on the superior part of the head. The lifespan of this species is about 25 years. 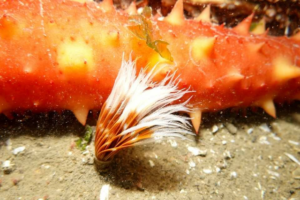 Sea cucumbers are echinoderms—like starfish and sea urchins. There are some 1,250 known species, and many of these animals are indeed shaped like soft-bodied cucumbers. All sea cucumbers are ocean dwellers, though some inhabit the shallows and others live in the deep ocean. They live on or near the ocean floor—sometimes partially buried beneath it.
Crinoids are marine animals that make up the class Crinoidea, one of the classes of the phylum Echinodermata, which also includes the starfish, brittle stars, sea urchins and sea cucumbers.